Fundamental to the original mission of our college is deep and consistent engagement with our community throughout the year. From UWC Day, when we fill the city’s public promenade with the colors of national clothing and tastes of world cuisine, to the Street Arts Festival, which the college initiated years ago to take back the public spaces of the city from fascist graffiti, community engagement is essential to the UWC Mostar experience.

UWC Day: Around the world in 80 minutes

The worldwide UWC Day is a perfect opportunity to celebrate the different cultures of our College by sharing them with the Mostar community. It is the first big event of the school year, at end of September. UWC Day in Mostar is named “Around the world in 80 minutes” because it is designed as a way for Mostarians to experience the cultures of the world. All visitors get a “UWC Mostar Passport,” and when they visit each national table (59 this year!), informing themselves about the culture and tasting the cuisine, they also get a stamp in their passport, so Mostarians young and old can travel virtually even if many cannot geographically. 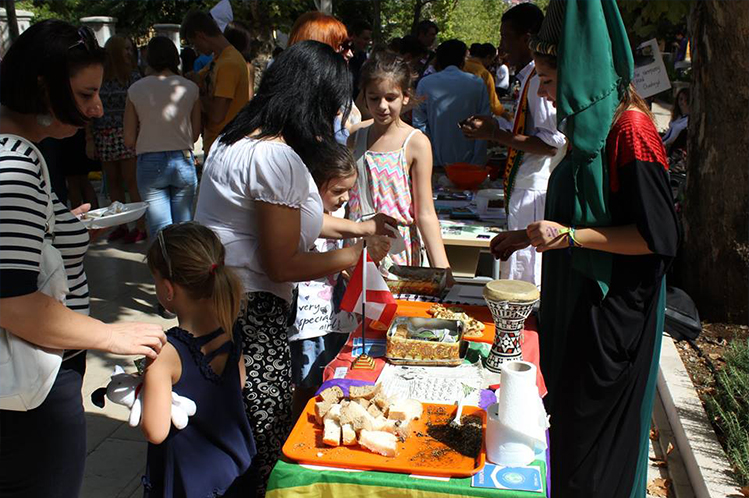 Aleksa Šantić was Mostar’s most famous poet. The Gimnazija building carried his name till 1995, and many inhabitants of Mostar still use his name when talking about the school. It is in his honour that Šantić Cultural Days are organized every year, and for the last two year UWC Mostar has become an integral part. Our students organize the closing evening of the cultural days under the supervision of our teacher, Tanja Čvoro. On this very special evening our students read poems from their countries and their own original works to the citizens of Mostar.

European Researchers Night is organised since 2005, each last Friday of September, supported by European Union through Horizon 2020 programme, aiming to promote science and research, motivate young people to select science for the career, and raising awareness in general public on the influence of various research on everyday life. Since its beginnings, Researchers Night is celebrated in a growing number of European cities. The celebrations of science are held in over 300 cities, in around 30 European countries.

UWC Mostar has been hosting and organizing the European Researchers Night for two years now, on behalf of the City of Mostar. Almost all of our students act as volunteers and presenters during the event.

In 2015 UWC Mostar students teamed up with students from the Mostar Gimnazija to organize the first ever Global Climate March in Mostar, timed with the Paris Climate talks. After gathering in the Spanish Square, over one hundred students and community members marched through old town, over the Old Bridge, and past Sunday coffee drinkers to raise awareness for climate issues. See this short video made by a Finnish tourist who was caught up in the fun!

UWC Mostar organises its traditional Winter Arts Festival (WAF) every December. The purpose of the festival is to offer a series of creative artistic events, enriching Mostar cultural life. WAF is also a great opportunity for UWC Mostar students to display the breadth of their talents through music, theatre, visual arts performances and creative workshops open to students from other schools. UWC Mostar students also use the Winter Arts Festival to organize various charity actions and sales in cooperation with their CAS partners. The WAFs are usually coordinated by UWC Mostar Arts teachers. 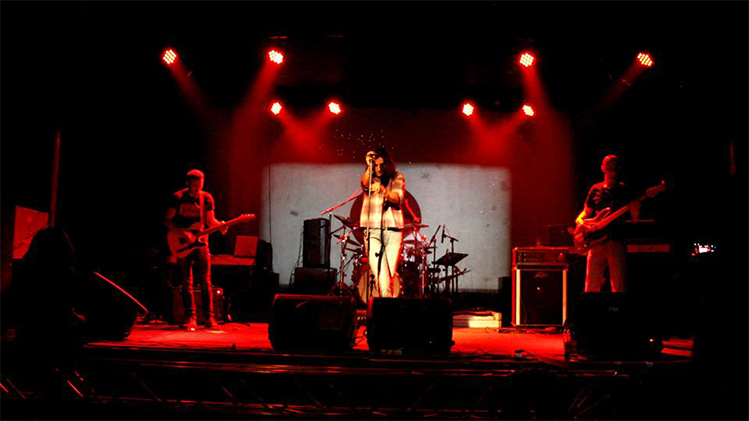